A Reliable and Rapid Language Tool for the Diagnosis, Classification, and Follow-Up of Primary Progressive Aphasia Variants

We designed a simple and robust neurocognitive test to screen for primary progressive aphasia (PPA), a rare neurodegenerative syndrome, to help the clinicians in distinguishing PPA from the more common Alzheimer’s disease. 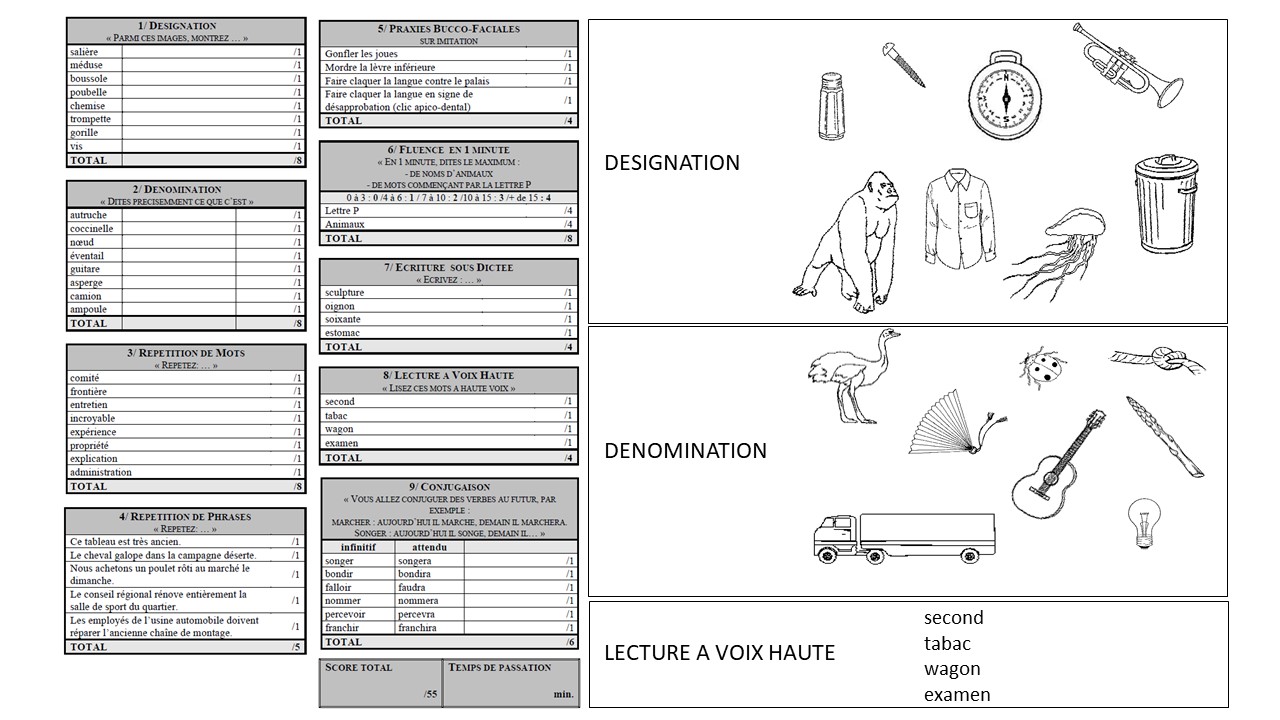 Full title A Reliable and Rapid Language Tool for the Diagnosis, Classification, and Follow-Up of Primary Progressive Aphasia Variants

Background: Primary progressive aphasias (PPA) have been investigated by clinical, therapeutic, and fundamental research but examiner-consistent language tests for reliable reproducible diagnosis and follow-up are lacking.

Methods: We developed and evaluated a rapid language test for PPA (“PARIS”) assessing its inter-examiner consistency, its power to detect and classify PPA, and its capacity to identify language decline after a follow-up of 9 months. To explore the reliability and specificity/sensitivity of the test it was applied to PPA patients (N = 36), typical amnesic Alzheimer’s disease (AD) patients (N = 24) and healthy controls (N = 35), while comparing it to two rapid examiner-consistent language tests used in stroke-induced aphasia (“LAST”, “ART”).

Results: The application duration of the “PARIS” was ~10 min and its inter-rater consistency was of 88%. The three tests distinguished healthy controls from AD and PPA patients but only the “PARIS” reliably separated PPA from AD and allowed for classifying the two most frequent PPA variants: semantic and logopenic PPA. Compared to the “LAST” and “ART,” the “PARIS” also had the highest sensitivity for detecting language decline.

Conclusions: The “PARIS” is an efficient, rapid, and highly examiner-consistent language test for the diagnosis, classification, and follow-up of frequent PPA variants. It might also be a valuable tool for providing end-points in future therapeutic trials on PPA and other neurodegenerative diseases affecting language processing.