With several drugs currently being tested, a very early diagnosis of Alzheimer’s disease becomes even more important. But how to do that?

We have bucked the trend by using an advanced method of data analysis and discovering that: 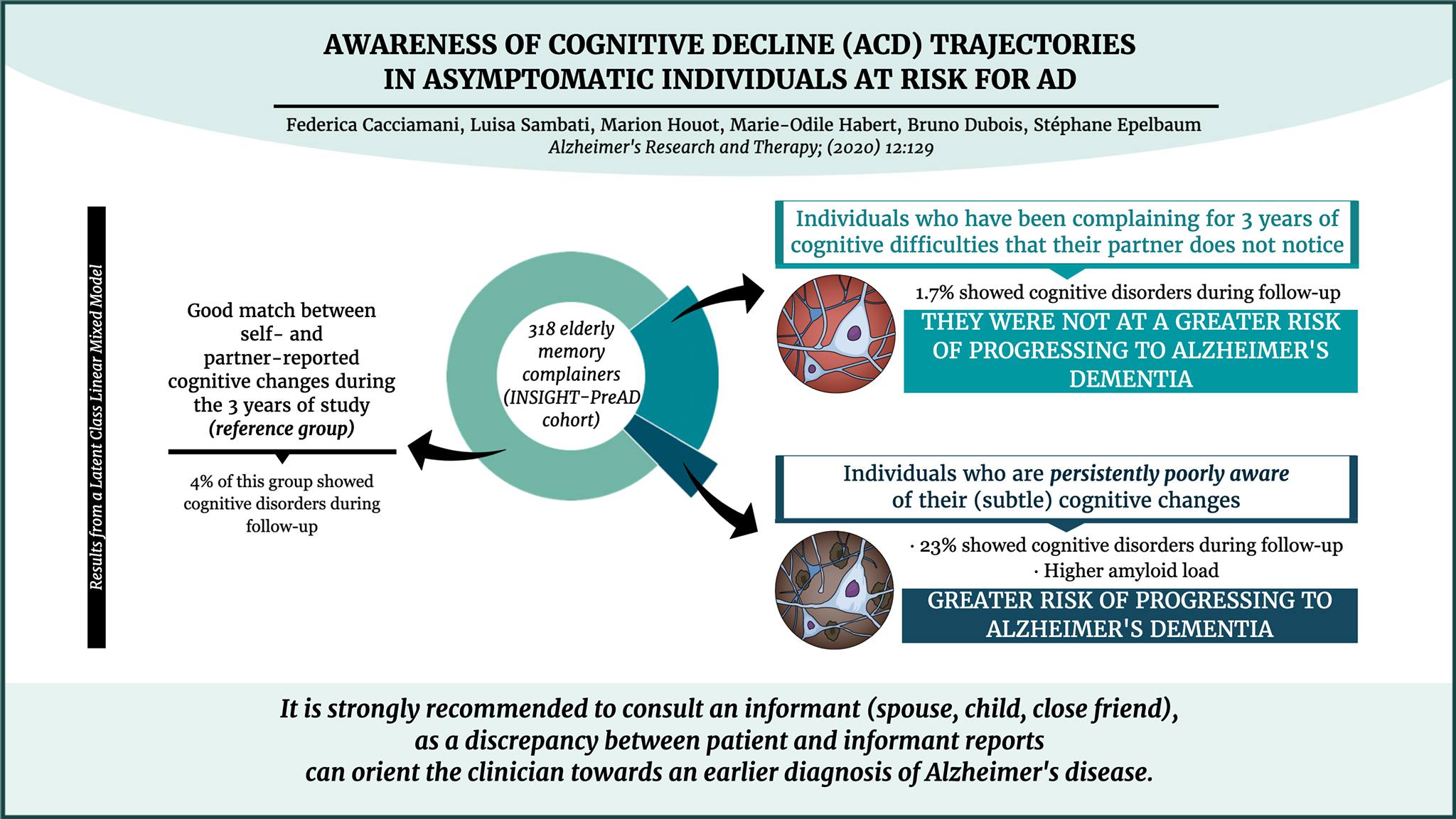 Lack of awareness of cognitive decline (ACD) is common in late-stage Alzheimer’s disease (AD). Recent studies showed that ACD can also be reduced in the early stages.

We described different trends of evolution of ACD over 3 years in a cohort of memory-complainers and their association to amyloid burden and brain metabolism. We studied the impact of ACD at baseline on cognitive scores’ evolution and the association between longitudinal changes in ACD and in cognitive score.

76.8% of subjects constantly had an accurate ACD (reference class). 18.95% showed a steadily heightened ACD and were comparable to those with accurate ACD in terms of demographic characteristics and AD biomarkers. 4.25% constantly showed low ACD, had significantly higher amyloid burden than the reference class, and were mostly men. We found no overall effect of baseline ACD on cognitive scores’ evolution and no association between longitudinal changes in ACD and in cognitive scores.

ACD begins to decrease during the preclinical phase in a group of individuals, who are of great interest and need to be further characterized.